Close all doors, the train is leaving the station! Hungerburgbahn Funicular Opening 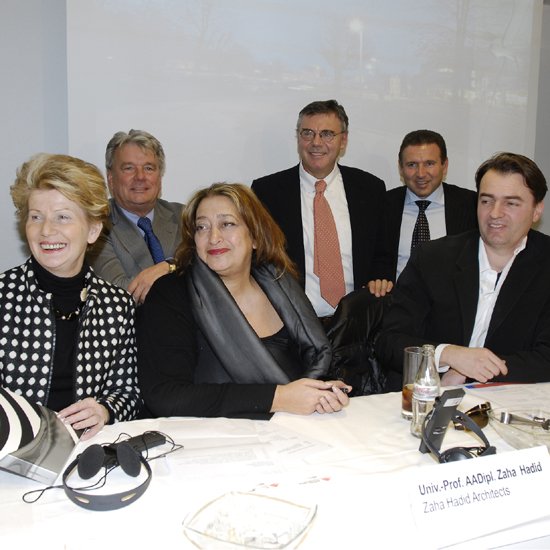 Innsbruck, 1st of December, 2007: Two years after the first ground-breaking ceremony, the new Hungerburgbahn funicular was opened today with a grand show event. For the Mayoress of Innsbruck, Hilde Zach, as the proprietor’s representative, the completion is an hour of glory for the city of Innsbruck and a factor of stimulation for the tourist trade, but also simultaneously a great benefit for the population: “The Hungerburgbahn funicular does not merely constitute a recreational facility, but particularly serves as a means of regional public transport for the continuously increasing residential population on the Hungerburg.”

Groundbreaking funicular railway and architecture
The funiculars of the Nordkette are still owned by the city of Innsbruck, but are managed by the private operator, Nordpark Errichtungs- und Betriebs-GmbH. Dr. Hans Peter Haselsteiner (Strabag SE) and Michael Seeber (Leitner GmbH) are agreed: “The chosen Private Public Partnership Model is the best solution for all concerned parties”. Mr. Seeber considers the Hungerburgbahn funicular to be a real showcase project within the urban alpine area. Due to the fact that the Hungerburgbahn funicular cannot be compared with other funiculars, the design and construction proved to be a particularly difficult challenge for the funicular railway engineers: “While the funicular railway system begins at an almost level gradient from the Congress Station, it runs from the Weiherburg Alpenzoo Station along extremely steep terrain on its journey up to the Hungerburg Station. For this purpose we had to design an automatic level adjustment mechanism for both carriages, which ensure that the passengers don’t physically feel the differences of inclination during the journey, and so that they can always board or leave the train from a horizontally level carriage”, explains Mr. Seeber.

The Chairman of the Board for Strabag, Dr. Hans Peter Haselsteiner, is totally impressed by the design and construction work of each individual station and considers this to be a groundbreaking architectural language. “At STRABAG we are particularly proud of the careful and sensitive approach to the architecture of the Hungerburg and the Seegrube. The unique buildings designed by Austrian architect Franz Baumann have not only been conserved, in some cases they have also been restored. We managed to do this while ensuring that all structures comply with the most up-to-date standards. This exceptional project in Innsbruck is already attracting world-wide attention. Whether in the field of technology or tourism, Austrian expertise is valued all over the world.”

Star architect, Zaha Hadid, who was responsible for the entire architecture of the new Hungerburgbahn funicular, chose to underline the interplay between two contrasting structural elements for the four stations, Congress, Löwenhaus, Alpenzoo and Hungerburg: Light coloured roof shells made of glass arch above a fair faced concrete landscape. Hadid: “The free form of the roof deck bears reference to the phenomena of the regional landscape, such as ice and snow landscapes. Due to the contrasting material surfaces, the impression of floating and the airiness of these free-standing shell structures are enhanced.”

Stimulating effects for the city are expected
The Mayoress of Innsbruck, Hilde Zach, sees the funiculars as a further touristic highlight that will boost Innsbruck’s bid to become the capital of the Alps. The possibility of being able to transport guests from the city, with cultural landmarks, such as the Goldenes Dachl (Golden Roof), to the Hungerburg and on to the Hafelekar on the high alpine terrain represents a further unique feature to distinguish Innsbruck from other cities of the Alps. In addition to the utilisation of the funicular by tourists, she, also expects the new combi-ticket to increase the number of visitors to the Alpenzoo. In addition to the ride on the Hungerburgbahn funicular and the Alpenzoo admission, the ticket also includes free parking in the City or Congress garage. This should make the necessity of undertaking an adventurous car drive to reach the Alpenzoo obsolete.

The operating company Nordpark Errichtungs- und Betriebs GmbH, directed by Thomas Schroll, is pleased about the successful outcome of the project and looks forward to passing on such a prestigious funicular to the operating company, Nordpark Errichtungs- und Betriebs-GmbH, directed by Thomas Schroll. “The completion of construction work on this project is simultaneously the beginning of a new - hopefully very successful – chapter of funicular railways for the city of Innsbruck and respective operators. Close all doors, the train is leaving the station, is the call that both locals and guests look very much forward to hearing”, agree Martin Baltes and Thomas Schroll. Operation begins on the 2nd of December. 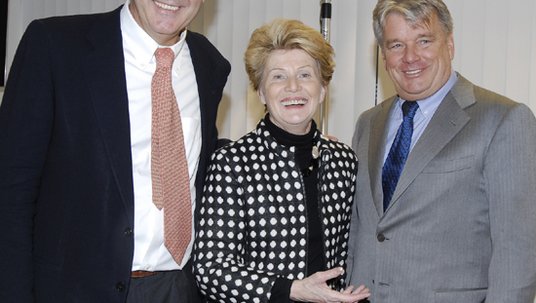 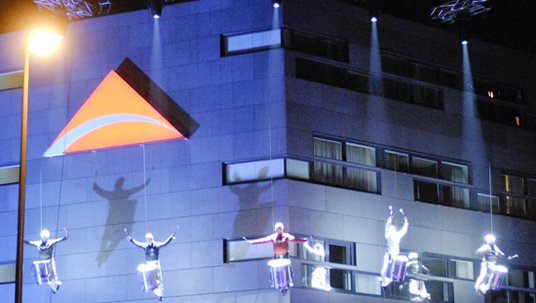 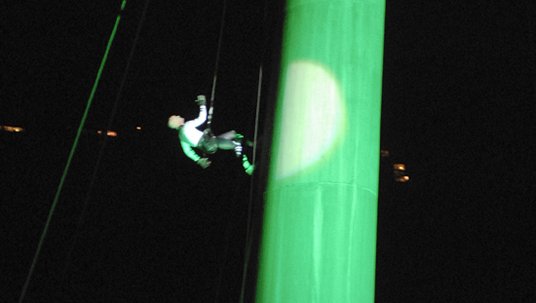